Get a healthy, gorgeous smile at Henderson Family Dentistry 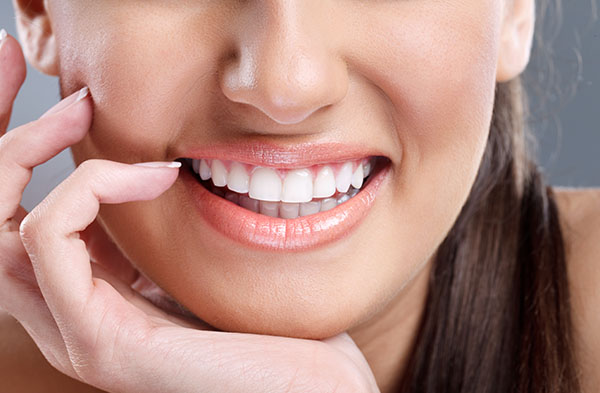 Many people do not put too much thought into their teeth, but the importance of them cannot be underestimated. From giving a great smile to chewing food, teeth perform such vital roles in the way people live.

Teeth play an important part in our speech and also on our overall health. However, did you know that there are different types of teeth? There are four kinds, and each performs a slightly different function.

The eight teeth in front are called the incisors. These teeth are used to bite into food. They have a narrow edge and are made for specifically for cutting purposes. They support your lips and assist in pronouncing words as you speak. They are usually the first teeth to erupt. Babies develop incisors at around six months in age. After the baby teeth fall out, the adult set replaces them at ages six to eight.

Also called bicuspids, premolars chew and tear food. They have a flattened top and maintain the height of your face. There are eight in an adult’s mouth, four on top and four towards the bottom. The first premolar appears at age 10, with the second arriving a year later. They are the longest teeth with a pointed end, but they only have one implanted root. However, the maxillary first premolar does have two roots.

The most posterior teeth in the mouth are called molars. They have broader and flatter surfaces which makes them convenient for grinding food. There are 12 molars in the permanent dentition. They are named starting from the midline as the first, second and third molars. The third molars are often called wisdom teeth.

The next set of teeth are called canines. There are four in the oral cavity, two in the mandibular area, and two in the maxillary arch. While they are known as the sharpest teeth in your mouth, they are primarily used for ripping and tearing foods. They also help form the corners of your mouth. Characterized by a single pointed cusp and a single root, the canines are considered the longest of any tooth.

Overall, an adult has 32 teeth that include eight incisors, eight premolars, twelve molars, and four canines. Each of these teeth has its own function in the chewing process. You should have a full set in your teen years. However, not all people fully develop their wisdom teeth.

Taking care of your teeth

You only get two full sets of teeth twice in your lifetime. As a baby, you form 20 and as an adult, you have 32. It is important that you take good care of your teeth because they play important roles in the digestion process and speech formation. So, brush and floss carefully two times a day. Be sure to limit your sugar and carb intake. Sugars and carbs produce acids that result in cavities. If you want to prevent holes in your teeth, practice good dental health.

If you are still curious about the different types of teeth that are in your mouth, we'd be happy to help answer any questions or concerns that you might have. Our office is fully trained and welcomes you to learn more about your dental health.

For more information or to schedule an appointment with Henderson Family Dentistry, request an appointment in our Henderson dental office here: http://www.hendersonfamilydentistry.com. Or call us at (903) 657-3139.

Deciding to get a smile makeover is something many people consider at one point or another. It is not only easier than ever to undergo makeover treatments, but many treatments can also be completed in …

Should I Get Dental Crowns or Veneers?

Dental crowns and veneers are popular treatment options for people who have cracked a tooth, want to make cosmetic changes to their teeth, or are looking to step up their smiles. Although both of these …

What are Dental Appliances?

Dental appliances refer to a number of different devices that are used to help treat a person's teeth. They may be permanent or temporary appliances that a dental professional applies to help a person in …

When it is time to fix your teeth, there are many treatments that can be used to accomplish that goal. It often comes down to the particular issues you are dealing with and how much …